Male Antelope Lie To Get Sex

Home » All Things SimBio » Male Antelope Lie To Get Sex

Earlier I mentioned examples of critters that lie to get what they want. Last week in American Naturalist Jakob Bro-Jørgensen and Wiline M. Pangle reported a new—and at least half interesting—example.

The critter in question is the topi, an African antelope. 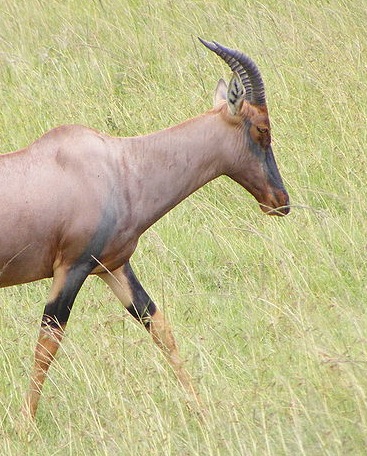 There are two relevant pieces of topi natural history. First, during the rut, male topi defend territories. When a female is in heat (for one day only), she visits numerous territories and mates with many of their owners. Second, when topi discover they are being stalked by a lion or other predator, they stare at the stalker and snort. Topi can escape most predators so long as they get a head start; the alarm snort says “I’ve spotted you already, so don’t bother chasing me.”

So now imagine a female topi in heat visits a male’s territory, gets what she came for, then heads for the border while our boy is still feeling amorous. He wants her to stay just a little bit longer. What can do to persuade her?

He stares off in the direction the female is walking and snorts. When she stops and looks around, he asks for one more dance.

Believe it or not, sometimes it works.

The topi photo is by Simyre, who has released it into the public domain.